Aarohan is proudly associated with Akhil Bharatiya Gandharva Mahavidyalaya Mandal (ABGMVM). It is an internationally acclaimed institution, established in 1939 to popularize Indian classical vocal music and other art forms.Aarohan was founded back in 2011, by a multi-faceted performer, singer and a successful teacher Amrita Biswas.

Amrita's vision was to pre-eminent a superlative and a high intensity Indian music education, in the form of structured  training program that imparts knowledge and skill,for the very first time in Charlotte, North Carolina,United States of America.

Amrita focuses on mastering the fundamentals to establish a strong foundation, while at the same time introducing "real life" applications from an early stage to keep students motivated and relevant. Amrita's music lessons are designed using traditional classical instruments like Tanpura, Tabla and Harmonium along with her unique ability to make learning of Hindustani Classical music fun yet productive and accessible to students of any age, starting from a tender age of 5 to the one's in their prime.

Sharing her expertise across the community, has always been her primacy and an idea for which she could carry her torch for. Arohan, being associated to Akhil Bharatiya Gandharva Mahavidyalaya Mandal India, also provides internationally acclaimed evaluation facilities to the students. Amrita's strong belief states that," Assessments enable students to pursue serious learning of any traditional art form and helps an individual in developing his/her own approach to life".

Amrita's primary goal for the Academy was to share her passion and proficiency in this art form with musically inclined people.

Over the years she has been very successful and satisfied with this approach and wishes to preach and follow the same in the years to come. 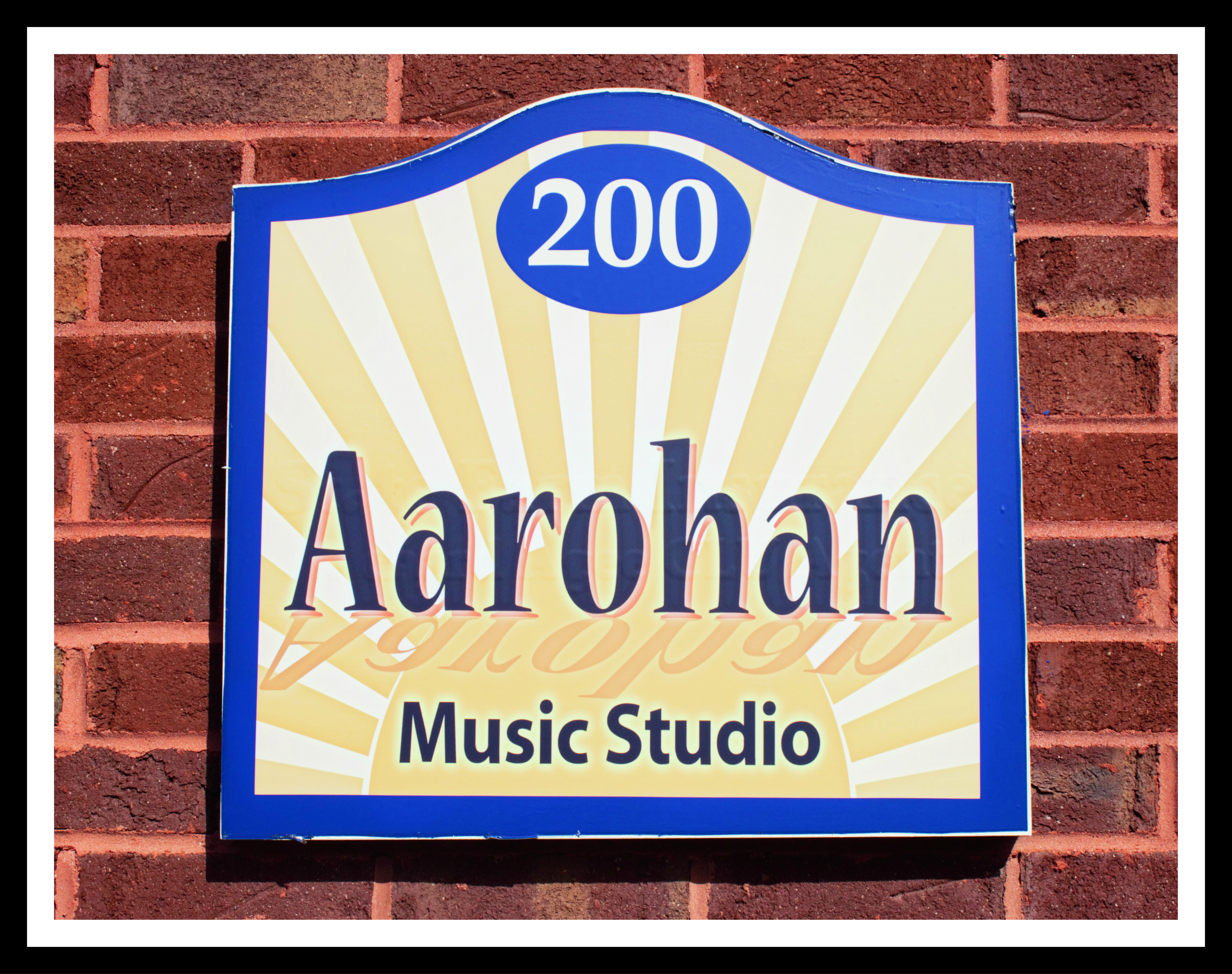 Amrita was born in Bilaspur, Chattisgarh, India.Her vocal music training started at an early age of 3yrs from her aunt Smt. Maya De.

She earned her Visharad (Bachelor in Music) Degree from the University of Khairagarh M.P (now in Chattisgarh)at the age of 15.

Amrita had the privilege to study music under the tutelage of some of the greatest musicians in her field - including Mr. Pradip Biswas and Mr. Ratan Basak. She is a student of renowned classical vocalist Dr.Smt. Swapna Chakraborty (doctorate from BHU) completed her Masters training under Dr. Chakraborty’s supervision in 2001.Experienced in both classical, semi-classical styles, Amrita enjoys singing khayal, bilambit,dhrupad, dhamar, tarana, Geet, Gazal, Bhajan, Bengali and other folk songs.She also plays Harmonium, keyboards and other instruments.

She has not only performed all across India and United States of America, but has been awarded with several prestigious awards. Even after being
part of such extremely prestigious events and initiatives, she never failed to remain a sincere, hardworking and ever connected to her roots.

She dedicates all her achievements to her ever invigorating parents Mrs. Subhra Roy and Mr, Aloke Bandhu Roy and her best half Mr.Sumit Biswas.
Being a mother of two beautiful daughters, she strongly believes that one of the most important factors for a child to prosper in life is, their parent's
constant support and dedication. 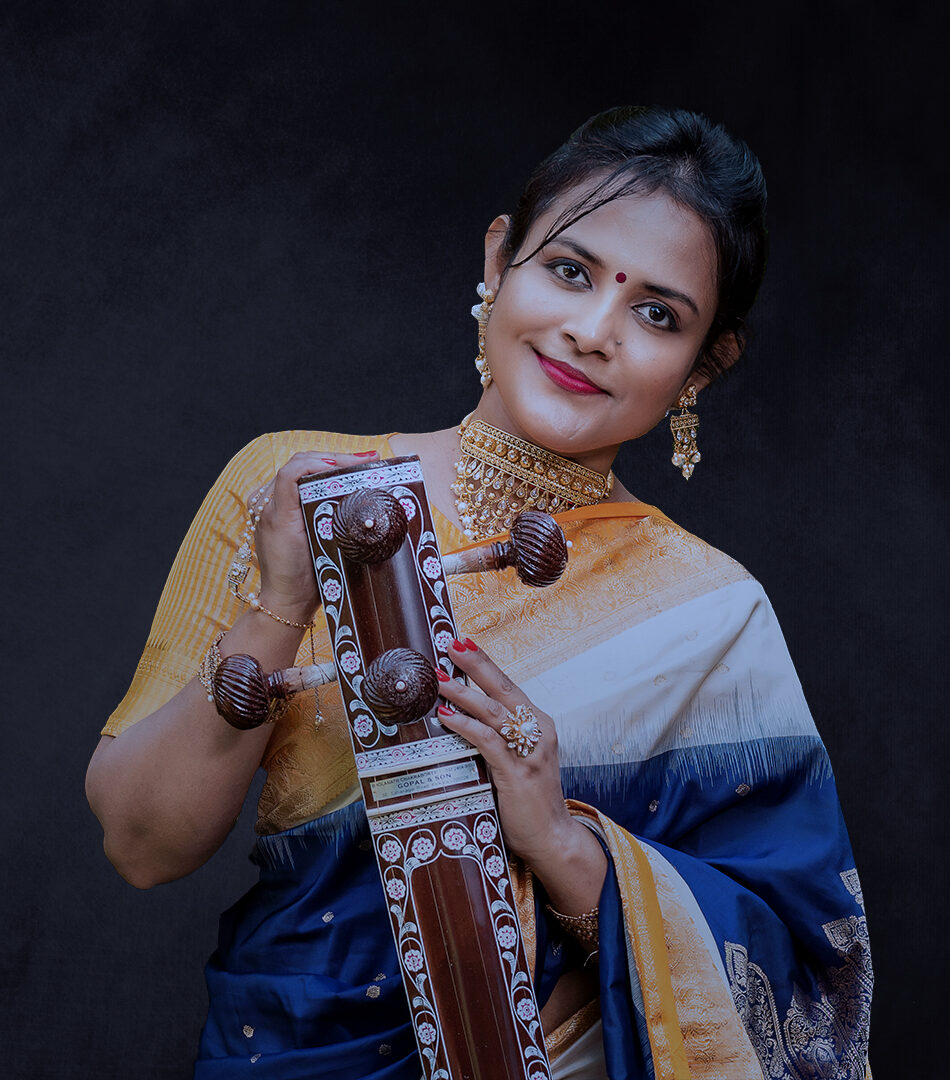 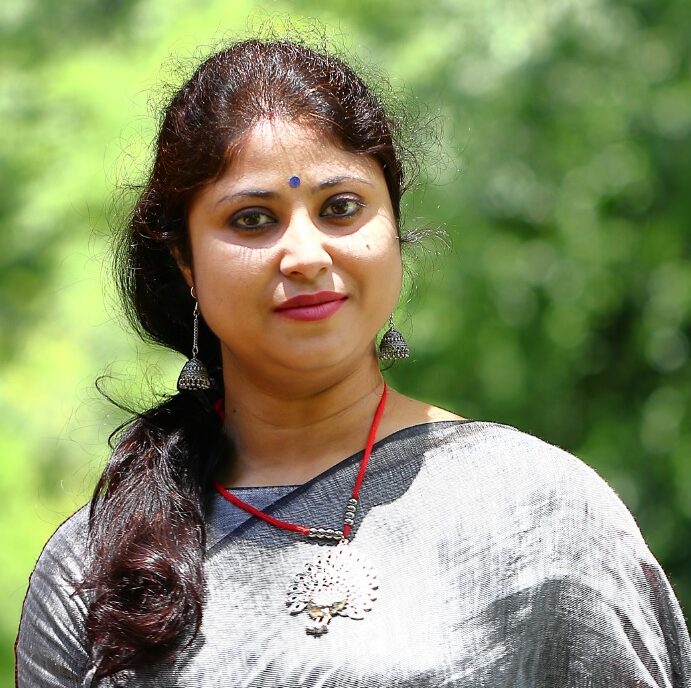 Has been a disciple of Padmabhushan Smt Girija Devi for 10 years. She is currently continuing her musical training of Hindustani classical and semi-classical, under the guidance of Shri.Jayanta Sarkar.

Master's in Hindustani classical vocal from the Rabindra Bharti University. Sangeet Prabhakar from the University of Chandigarh. 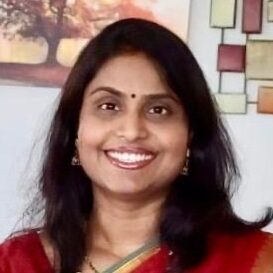 She is a trained Hindustani Classical Vocalist, she has completed her Sangeet Visharad from Khairagarh University in India. Music has always been her passion
It is her strong belief that, Classical music is the best way to teach our next generation and enlighten them about our rich heritage and culture. 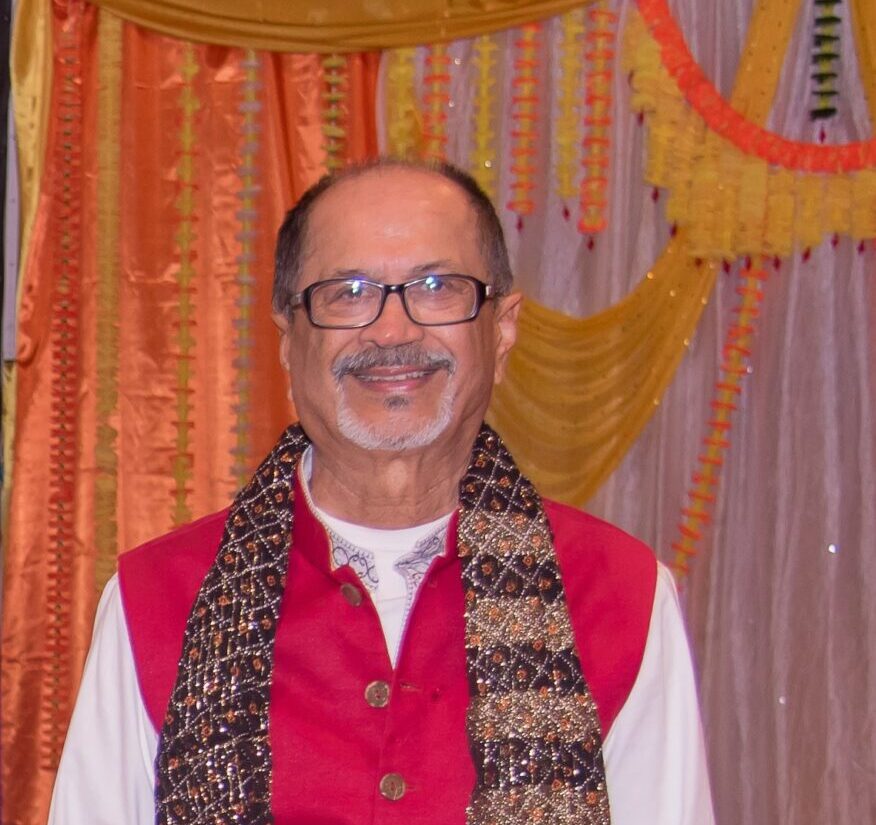 A versatile musician with a cheerful personality. Trained vocalist, great Harmonium and keyboard player and experienced with sound management.

Classically trained under the tutelage of Shri Kinnar Kumar Seen (son of Ustad Latchman Singh Seen) for 20 years and legendary tabla composer
Pandit  Divyang Vakil for 10 years, Mr. Ragavan is a great addition to Aarohan. His passion for playing and teaching tabla to perfection is admirable. 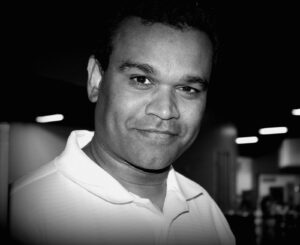 Mukesh (Duke) Maraj is a multi-instrumentalist originally from in Trinidad & Tobago. His love for music started at the age of 4 and later studied both Western and East Indian styles of music. Mukesh considers himself a music arranger/producer and has produced several albums in different genres. Mukesh has the ability to bridge the gap between Eastern and Western music. His journey from Trinidad has brought him to New York and now to Fort Mill,South Carolina.